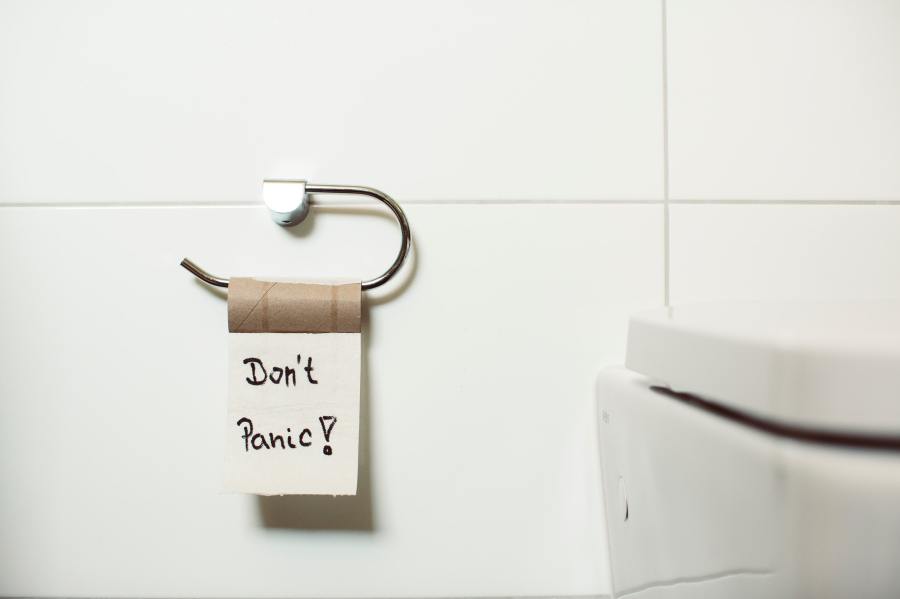 Let’s face it: the Coronavirus pandemic rocked our world, but it shouldn’t have. I mean, it’s not the first time something like this has happened to the body of humanity. We all studied the Black Death, the plague that wiped out roughly half of the world’s population in the Middle Ages, and this was just one example among many. Whether it happened yesterday or six centuries ago shouldn’t matter. We shouldn’t be surprised; we should’ve been prepared.

Sure, our shock and panic might seem justified. The Black Death was a long time ago and we’re so advanced by comparison, it just caught us off guard. We now have a global economy, world travel, technology, etc., and well, they didn’t even take baths after walking behind a horse-drawn plough all day. How could this happen to us, after we’ve come so far?

To put things in perspective, the Black Death was a Bubonic plague pandemic that started in China in the early 1300s and eventually devastated Europe from 1347–1352 CE. Caused by a bacillus bacteria, Yersinia pestis, the disease spread from brown rats to people via fleas, which were common in those times. Its spread was facilitated by sophisticated global trade along the Silk Road, which connected Asia, Africa, and Europe by a 7,000 km network of formal trade routes and by shipping routes, that moved goods to and from all four corners of the earth. Granted, we move goods and people more quickly nowadays, but the idea that we are somehow way more advanced than our forefathers is a bunch of egotistical malarky.

In the short span of five years, Europe lost an estimated at 30–50% of its total population, an astounding 25–30 million people. The Asian records are scant, but it is known that the Asian population dropped from over 120 million in 1200 to under 65 million according to a census taken in 1393. It took Europe over two hundred years to recover from these losses, and life as they knew it was changed forever. The Silk Road was shut down, feudalism made less sense, and a more flexible, mobile and independent workforce was born.

Let’s do the math. We now have roughly 327 million people in the U.S. With all due respect to those who have personally suffered through a SARS-CoV-2 infection or have had family or friends who have survived the treatment of the infection or worse, died because of the infection or the treatment of it, had this been the bacteria that caused the Black Death and not the virus that caused the COVID-19 disease and had we let it take its course without any mitigation (treatment included), more than 150 million people would have likely perished in the U.S. alone!

So, the number of deaths has been relatively low in this pandemic. The societal costs, however, have been significant. We’ve allowed this virus to strike fear in our hearts, cause us to worry, grieve and fall into depression, and look at our neighbors to the East, if not our neighbors next door, with suspicion, apprehension, and even contempt. We’ve allowed it to divide us as much, if not more than it has united us. We voraciously and indiscriminately consume increasingly polarized “facts” from our favorite media outlets, post our bumper-sticker-worthy thoughts of the moment on social media as if we had philosophical Tourette Syndrome, and nitpick at one another to no end all in the name of perfecting the human race.

Whenever ignorance trumps reason, perspective and wisdom suffer. I agree that life has improved in some ways if you compare our days to those of our forefathers in the Middle Ages, but in other ways were just the same reactive, small-minded, short-sighted, insecure humans we have been for quite some time now.

It’s time that we grow up, expect the predictable patterns that move through the body of humanity from age to age, and focus on handling them creatively so that we can truly move onward and upward, not just round and round. This wasn’t the first time our existence was threatened, neither will it be the last.

If the unexpected is to repeat itself, as it most certainly will, we needn’t succumb to bewilderment, paralysis and the downward spiral of worry, fear, and hatred. History has shown us that we can and must let the energy of anticipation mobilize us to greatness.

We remain large and in charge.