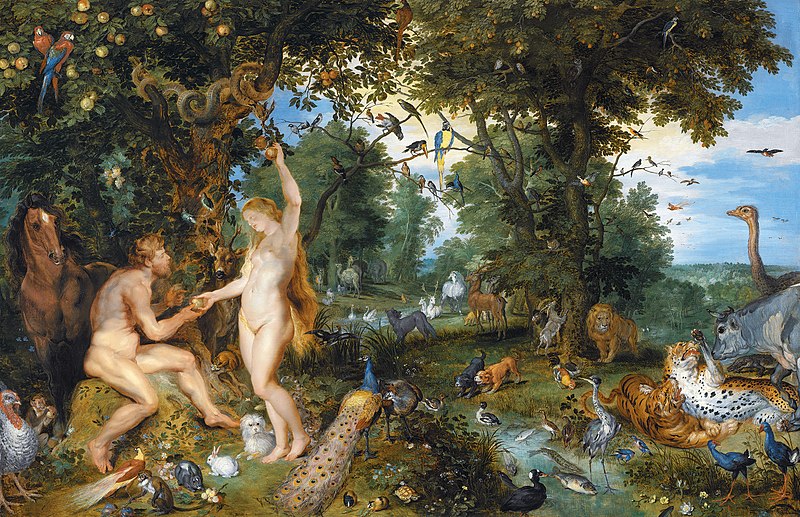 Ever since the fall of man, there has been a push to elevate the subjective to the position of ultimate authority. Notions such as “perception is reality,” “my truth, your truth” and the “self-made man” are rooted in this attempt, as are the philosophies which deny the existence of objective reality.

There is a reality.

There is an objective world, a knowable reality that multiple people, if not the entire body of humanity, can have access to. The knowledge of truth gives you access to the patterns of reality. Knowing truth, in this sense, makes you free.

Free to what? Free to explore and enjoy reality.

Most people never see, smell, taste, hear, or touch much of reality during their lifetimes. They live lives in relative ignorance, interpreting the world through the lens of personal bias rather than seeking truth in all things. They lean heavily on their subjective experience and their feelings in particular, and most in this state seek to comfort themselves with anything but the truth.

At a certain point in human history, we diverged or fell, as it was described, out of a state of living in conscious awareness of the patterns of reality and into a state of existing in a murky and mixed world of strife, suffering, and ignorance. Rather than adjudicating based on “righteous judgment,” that is, squaring things to truth, we have chosen instead to judge by more or less surface appearances. The fall led to (and continues to lead to whenever the fall is perpetuated in the present moment) a shallow, insecure, and uncomfortable existence.

Ignorance of truth is never bliss.

To the degree that you judge by appearances, you live in a stupor and cannot possibly see clearly. In such a state truth will elude you and seem elusive, even though you may feel at times on top of the world. Man, under the narcotic influences of the forbidden fruit (e.g. judgment), has wandered more or less aimlessly in a state of spiritual, mental, and emotional hypoxia for millennia. He desperately searches for purpose, meaning, and connection—typically via self-destructive, addictive patterns—and the moments of relative wellbeing he ekes out of these patterns are as fleeting as life itself seems to be.

There is another way to live. There is a way to know the truth and to be set free so that you can live in accordance with rather than being at odds with the pattern of reality. It begins with relinquishing judgment. “Judge not that ye be not judged.” This breaks the pattern. “For with what judgment ye judge, ye shall be judged: and with what measure ye mete, it shall be measured to you again.” In relinquishing judgment, you declare to the world that you are no longer subject to appearances, but to something higher, something deeper.

To the degree that you defiantly live life according to consequential ethics, you will forever be basing your choices on suppositions of good versus evil outcomes. We were not made to make that call. We suffer every time we do it. And when we suffer, everything on earth suffers. God and creation groan under the weight of our ignorance.

The life you lead when you are led by the truth of the way is so far from the meager existence that you can scratch out of the earth of your circumstances. We are here to provide dominion, not to dominate.

The truth is not ours to decide; truth is.