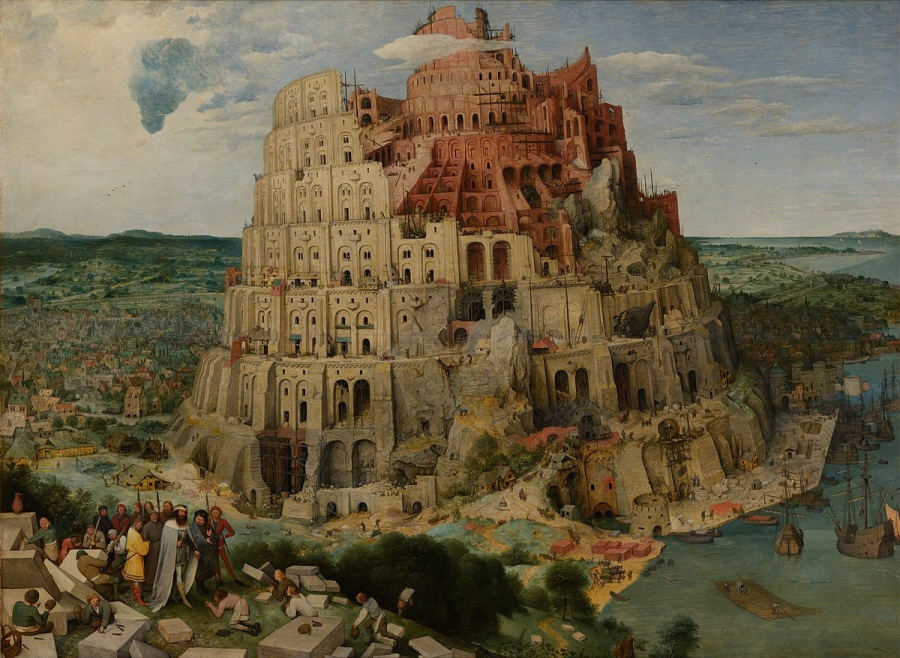 If it is true that we were created in the image and likeness of God and if we were indeed called to do “greater works,” wouldn’t it make sense for us to follow the template for creative action portrayed in the story of creation?

The world was created using the verb, “let”:

This three letter marvel—“let”—is the fundamental creative command. But we, endowed with free will, decided one day somewhere eastward in Eden, that we would stop letting and start trying.

Sadly, we have been making bricks and cities and towers to try to reach into heaven ever since. We have struggled with the best of intentions to recreate the sense of wholeness, of unity, of oneness that we once knew in the garden, before we chose to fall. But no one, ever, has returned home this way.

And here we’ve been since that time, vainly trying to till the ground, that is, attempting to fashion the material world into something pleasing to us. We craft goals and cast dreams (often at the expense of others) and hustle and pound the resources at hand into forms of our own design to assuage the sense of guilt, shame, and emptiness that metastasizes in a disconnected state.

The fall happened long ago, but it also happened last week, yesterday, and five minutes ago. And make no mistake, the fall will continue to happen, unless we take specific action to stop it from reoccurring through our choices.

Whenever we try instead of letting, we fall. And whenever we fall, we fail. We fail ourselves, but more importantly we fail God. We simply must stop trying.

Now you might have heard it said that it’s “ok to fail,” that we must look to “fail forward,” and that “if at first we don’t succeed,” we should “try, try again,” but the only true and lasting cure is as it was put, to “be ye therefore perfect.” We were not designed to be lowly, imperfect, sin-riddled nitwits. We were designed to reveal perfection on earth, as it is in heaven.

Perfection is known in letting, not in trying. Our addiction to judgment prevents us from seeing this clearly, but this is what was meant by those words fitly spoken some 2,000 years ago. The kingdom of heaven and the wisdom to discern what is fitting to think, say, or do in any given moment—aka to “let”—is at hand.

The next time you catch yourself thinking or saying: “I’m trying to do this, that, or the other thing,” stop right there. Let your heart come to rest. Your probably trying because your heart is uneasy in some way.

You were created in the image and likeness of God. As a result, you are a creator. God creates, God builds, but He does so by letting, not trying. Of all the things you could resolve to do this coming year, do this.

I’ll see you in the garden.

“Except the LORD build the house, they labour in vain that build it…” Psalms 127:1

Painting by Pieter Bruegel the Elder