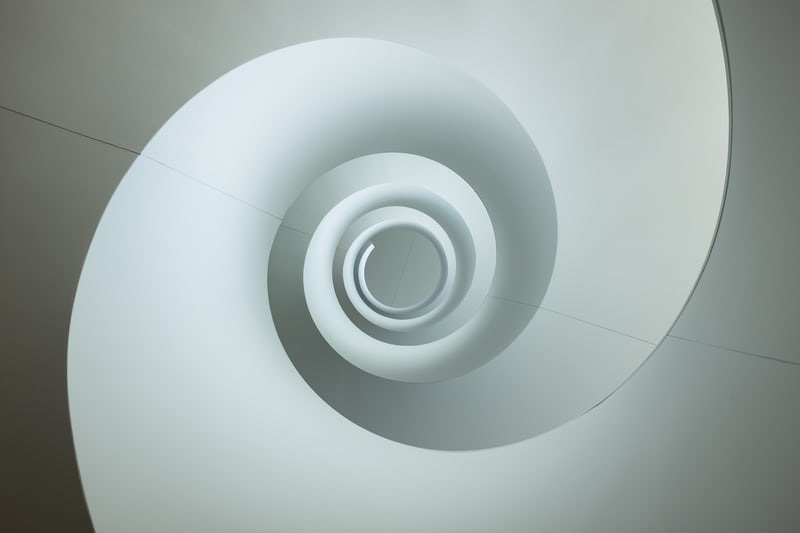 Seven years from now you’ll be more disappointed by those things that you didn’t do than those you did.

Your life, you see, is not linear; it is cyclical. There is some truth to the song: “The Circle of Life.” Life is not meant to be an endless round, but an ascending spiral, so that the cycles don’t repeat themselves. You will come full circle every so often, but if you play your cards right you’ll be at the same spot, albeit at a higher elevation. The things that slowed or stopped you, irked or dismayed you in times past, will seem insignificant. You’ll have grown in stature and in grace.

That said, not doing things you know you should do is like dropping anchor while moving along the spiral. Instead of ascending you’ll come back around to exactly the same point in the cycle you were at previously (i.e. history repeats itself). This is complicated by the fact that each time you do not pass go the weeds of chagrin crowd out another acre of fertile possibilities and choke out another level of your self-confidence.

This is not to be confused with giving it your all and coming up short. When you genuinely try your hardest and fail you will not be the same person you were when your second, third, fourth, etc. pass comes along. Trying and failing can be just as generative as succeeding with flying colors.

Only the vain fear failure. There is absolutely no reason to live a life of repetitive disappointment. Where you are now will look familiar to you in the future, but you have a say as to how high up the ascending spiral you will be when you come back around the cycle.

So rise up, dear readers! Jump into your life with both feet and by all means, let go of the dock! Vain regrets about the past are meaningless. Save your disappointment for something meaningful.