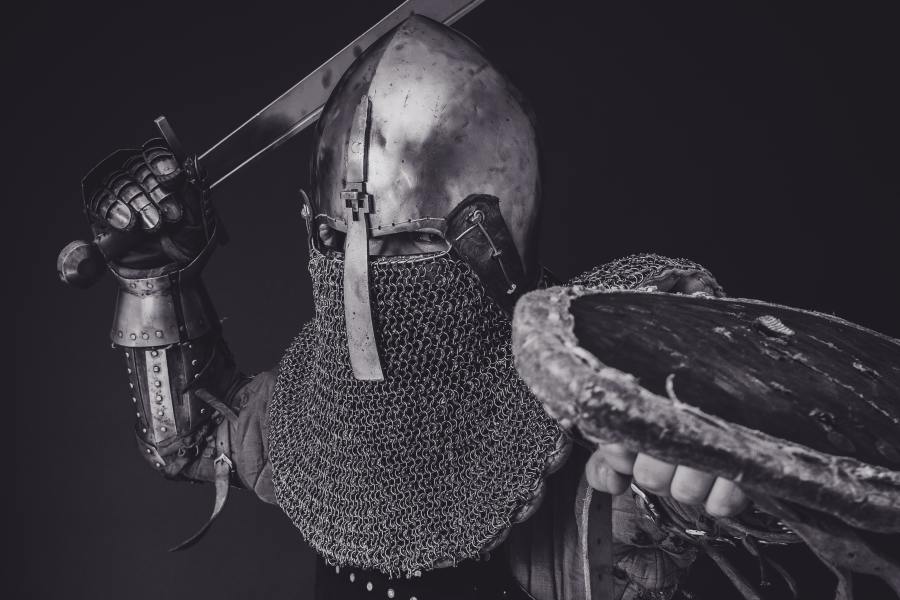 Why is it that the notion of not resisting evil is so difficult to understand and put into action? It sounds so appealing when we feel its power in a church sermon, when we see the effects of those precious few leaders in history who have embraced it in their living, but when it comes down to it, why do we struggle with this concept when our name is called in the circumstances we face?

Why do we choose instead to fight the good fight, to struggle with our inner demons and foreign aggressors, to wrestle with that which has separated itself from reasonableness and decency? Why do we decide to sink to the level of the adversary, to continue believing that taking an eye for an eye and a tooth for a tooth just might work someday?

The truth is, we’re afraid. We’re afraid of the dark. We’re afraid that hatred might be more powerful than love. We know deep down that love will prevail, but our disconnected minds and hearts refuse to let us take the risk. In our most woke moments, we know that love is more powerful than any other force, but that awareness is buried beneath layers of shame, blame, fear, and greed, all of which veil an understanding of love’s ultimate power. “If you don’t resist evil, you will be overcome by it,” goes the logic, and on that basis good people pour their life substance into resisting the evils they perceive around them.

Any adversary’s greatest trick is convincing you that he has inexhaustible power, that he is a legitimate threat and must be resisted. Evil has persisted in humanity not because evil is a force that can operate independently of love, but because it usurps the unlimited power of love. Evil is so powerful because we have been feeding it. This is why the commandment: “Resist not evil” is so brilliant, because it is the one and only answer to every ill we face on earth.

We will never restore dominion if we remain hellbent on dominating and using the adversary’s tactics on him. The moment we leave our post — the four way intersection where past, present, heaven and earth meet — the moment we let our hearts be troubled by the appearance of some evil in our midst, is the moment we relinquish our true authority and start acting like the adversary. We literally and figuratively sink to his level. This is what is called “fallen consciousness.” The star that we are is cast down into the earth and we immediately lose altitude and therefore perspective. We lose connection to the power and wisdom that would allow us to resolve any issue efficiently and nobly. Though we might profess to be fighting the good fight, what is really happening is that fear is taking over and we are no longer serving in love, we’re serving out of fear. When we start fighting to defend love, we stop serving love. Remember this: love, like truth needs no defense.

His ploy, this “trick of the devil” as it is occasionally referred to, cannot work if you understand the truth of the matter and the real source of the adversary’s power. There is but one power in all of the universe: Love. Love and hate are not a duality. Just as darkness is the absence of light and not something in and of itself, hatred is the absence of love, plain and simple. Love is real; hatred is unreal.

Hatred can only thrive by usurping the power of love. However, it cannot steal love’s power, it must be given to it. Now any sane human being wouldn’t walk up to any embodiment of evil and wittingly give over his power, but day after day, hour after hour, minute after minute, and second after second, people willingly give over their power by resisting evil.

Struggle with implies subjection to, always. Until you let go fully to love, to its intensifying and unifying spirit, you will forever be convinced that fighting evil is a noble cause. You will be tricked into thinking that evil has power over you. You will be drafted into the army that is engaged in the fight between good and evil. And unfortunately, the harder you fight, the more you will be perpetuating the very struggle you are concerned to eradicate.

Man has been terrified of letting go fully to love because he knows that in so doing he must relinquish the right to resist evil in all its forms. Ego stops him from doing this, for as long as he retains the right to fight the good fight, like Simon Peter did by cutting off Malchus’ ear in the biblical story of the garden of Cedron, he feels like he has control. That fear has prevented the emergence of a new state, the state for which we all long, through the ages.

Evil is eradicated when we stop giving over our power to it through struggle with it. When we face an evil, rather than asking ourselves: “How can we dominate this so that it goes away?,” let us instead ask with all our heart, all our mind, and all our soul: “How can we bring the power of love to bear on this situation?